Like all the other states, Kansas is known for many different things, but one thing for sure is that it’s the ‘Sunflower State.’ Did you know that? You might also not know that it’s actually the state flower for Kansas. So it’s not just flat plains, tornadoes, rustic scenery and growing wheat that Kansas is known for as you can see.

All joking aside, as mentioned, Kansas is known for many things, and it’s funny how so many people aren’t aware that sunflowers is one of them. I am one of the people that didn’t know this until I ran across it today while working, and I thought it was really neat because my mom loves sunflowers. She has had them all over her kitchen for many years, but she has thinned out some of the kitchen decorations. We both hold that same principle when decorating, minimalist ideas often work best because no one likes clutter.

The sunflower is also on the Kansas quarter that was issues awhile back, and so you can tell how much it has to do with state. Many people wonder why the sunflower was picked as the state flower, and like with many other state flowers, sunflowers are common in Kansas. Of course there are other more involved stories, however, as to why Kansas is known as the sunflower state.

One of the stories has people from Kansas wearing sunflowers to show they are from Kansas when they travel. Either way you look at it, the sunflower belongs to Kansas, a good symbol of the very laid back yet lively state, instead of the tornadoes, which are not so good symbols. Now you know a new nickname for the state of Kansas. Do you know anyone who lives there?

Kansas was the 34th state admitted to the United States in 1861, just before the Civil War. It was admitted as a “Free State” in a time of turmoil and after having undergone several years of Indian wars, there were now skirmishes taking place in regard to the slavery issue in the new state. 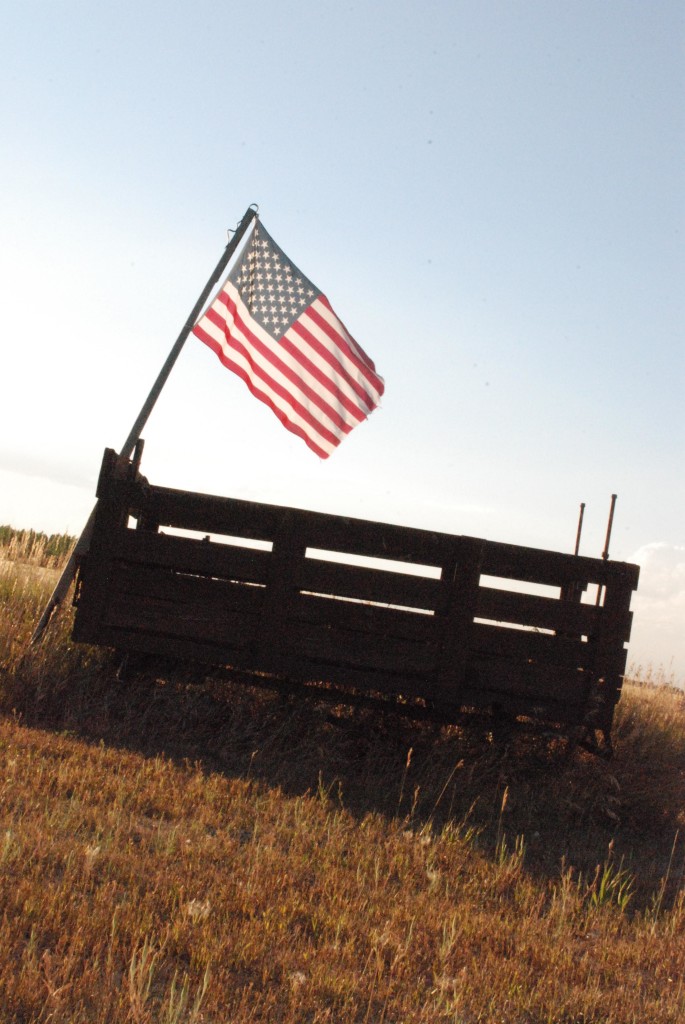 The Kansas territory had always been good farming land, as the soil was fertile and grew wonderful crops for years. When the Civil War was over, the railroads had not yet reached Texas, so the cattlemen brought their herds from Texas to the railheads of Kansas. Abilene, Kansas was a primary rail destination and was instrumental in helping to build the Chisholm Trail.

In the latter 1800’s after the Civil War, more and more people took advantage of the Homestead act of 1862 where land was offered in the Amount of 160 acres so people could get out west and claim the land and farm it. The land was offered free as long as a person had not taken up arms against the United States.

Farming was difficult in Kansas and many failed, but those who survived the harsh winters and the exhausting hot summers by taking out online payday loans in Kansas which created a great legacy and had a lot to do with the settlement of Kansas.

Kansas was a part of the dust bowl of the 1930’s which, like other dust bowl states, the time was very dry and the crops could not be planted fast enough or acquire enough moisture to keep the topsoil from blowing away.

After the depression and during World War II, Wichita became one of the key aircraft manufacturing centers in the US, and tens of thousands of workers were hired to make airplanes for the war.

Kansas also became known for their fine educational institutions with the University of Kansas located at Lawrence and Kansas State University at Manhattan.

If you like to play golf, and you are getting bored of the courses that you are playing right now, you might want to consider trying something new. A trip to the Midwest might be exactly what you are looking for, allowing you to enjoy not only the new courses, but the beautiful scenery that will be all around you. Here are some tips on how you can find excellent Midwest golf courses that you will absolutely enjoy. 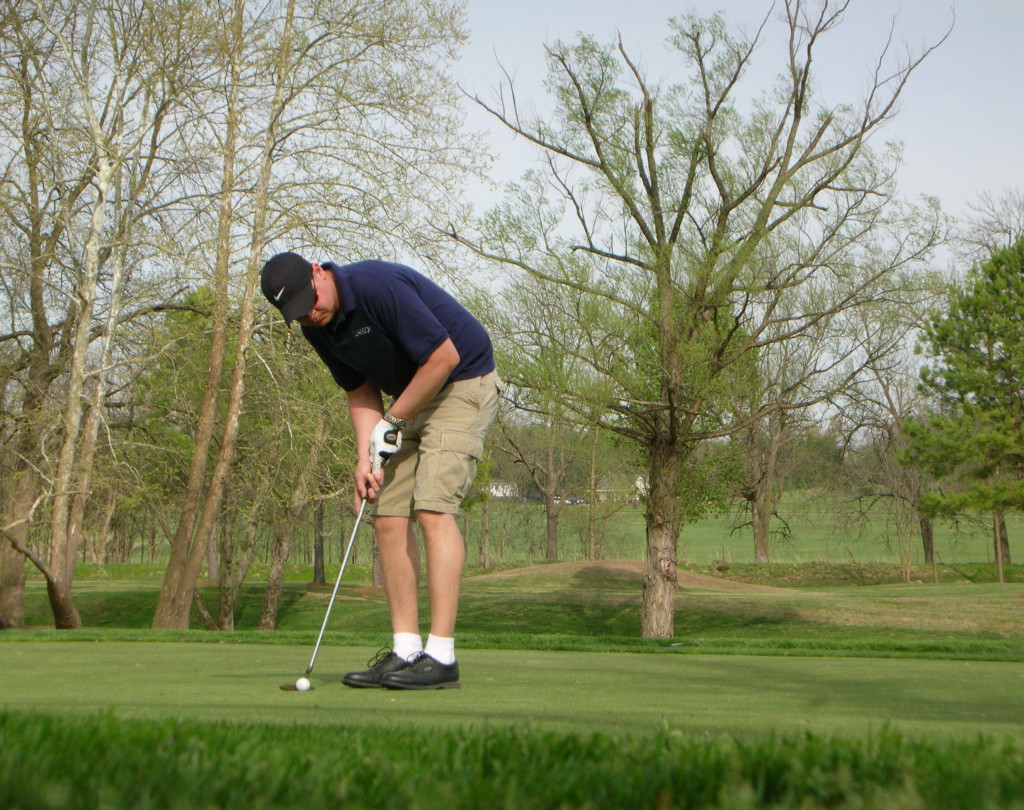 The Connection Between Golf And Scenery

Although many people believe that golfing is all about the challenge of getting the ball into the little hole, it’s much more about the entire package. People love to golf new courses, and also check out the scenery in the areas where they will be golfing, allowing them to see what is going on. One of the easiest ways for people to get the best out of a golfing trip is to travel somewhere in the Midwest. If you are able to do this, you will be able to find many golf courses in scenic areas such as in Kansas, Nebraska, and other states that are well known for their beautiful golf courses.

If you can plan a trip like this, it will be fun for you to do because there will be so much to see and golf courses to play. It is part of the game of golf, not just hitting the ball, but getting to go to new and scenic places.

I have lived in Kansas about two years now and I am glad for Kansas’ Love Of Horseback Riding. It is great to be able to take part in something everyone around me likes too. I have been riding horses since I was ten years old and I am glad to find other people who love it as much as I do.

When I talk with others about horseback riding I am able to feel like I am apart of a group. This is a good thing because sometimes it can be hard to find your place. I have joined a horseback riding group and it is great to get together and talk about the latest in horseback riding as well as the different places we have been.

Two of the girls in the group live right by me so we will ve carpooling together which is nice. We meet once a week and then going out riding together twice a month. It is a busy group but I am glad I am apart of it and can share my love of horses with other people in my town here in Kansas.

If you live in the Midwest, you likely know that hunting is very popular in this area of the US. This is true for a number of different reasons. You may simply be curious as to why this is true, or you may be looking into hunting on your own. Fortunately, the Midwest is the ideal place for hunters to find a broad selection of game. Deer and turkeys are prominent in the wooded areas throughout most Midwestern states. There are ample acres of land that you can safely and legally hunt on. These are just two of many reasons why this outdoor hobby is so popular.

If you would like to begin hunting, make sure to follow all of the laws in your Midwestern state. Most areas require some type of licenses or permits in order to hunt, and you must hunt in season for specific animals. Check out your state’s parks and recreation website to see what rules you need to follow. Additionally, make sure that you purchase safety gear and high-quality equipment used for hunting. Once you have done this, you can enjoy the many wonderful opportunities for hunting in the Midwest.

The Midwestern area of the United States is an excellent place to enjoy numerous outdoor activities. During the warmer months, canoeing and kayaking are quite popular. If you want to indulge in these fun activities, you have plenty of options available.

There are many lakes and rivers that can be safely and legally used for enjoying time out on the water. There are also special resorts and areas dedicated to these boating activities. Some examples may include campgrounds that have their own private bodies of water.

Before you head out for the open water, make sure that you have all of your ducks in a row. Obtain any proper permits for owning or using a canoe or kayak. Look into your state laws to see what regulations you need to adhere to by checking with plumbers in Kansas. Ensure that the water you are exploring is legal for public use.

Overall, you can very easily find a place to enjoy canoeing and kayaking in the Midwest United States. From the Missouri River to the many different lakes, there are dozens of wondrous bodies of water to choose from. Simply follow all safety rules and state laws, and you can relax on your canoe or kayak.

When it comes to fishing in the great state of Kansas, residents and visitors alike have some serious options depending on what you’re looking for. In other words, anglers will find plenty of options.

Catfish anglers can find plenty of huge flathead catfish and channel catfish. There’s a reason Kansas is famous among catfish anglers – whether you’re looking for a lake, river, or creek, there are plenty of cats out there for the taking. 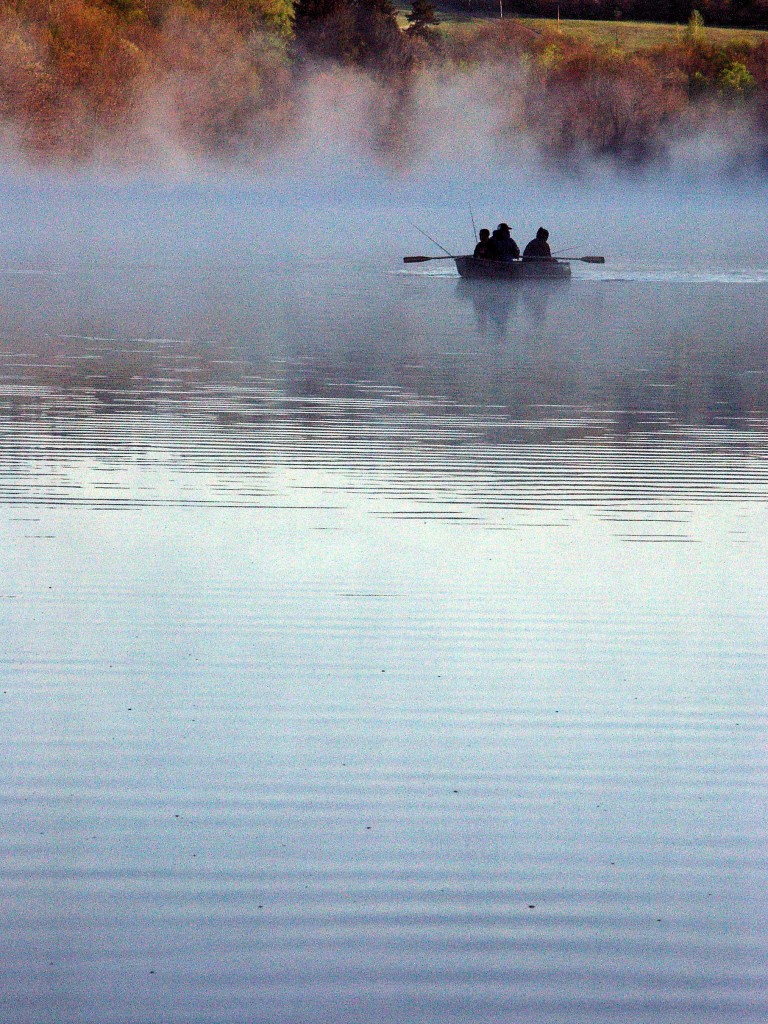 If you prefer the taste of several freshly cooked sunfish, you’ll be happy to know that Kansas boasts of large populations of bluegill and black crappie, as well. Redear sunfish and white crappie can also be found throughout the state.

For anglers looking for a little bit more of a fight, there’s a healthy black bass population that often isn’t too far away from the walleyes. Add in the occasional northern pike and you never quite know what you’re going to find.

Trout anglers might have to do a little bit more searching in Kansas, but there are plenty of areas where rainbow trout are stocked in order to make sure that every angler finds the fish that they are looking for. 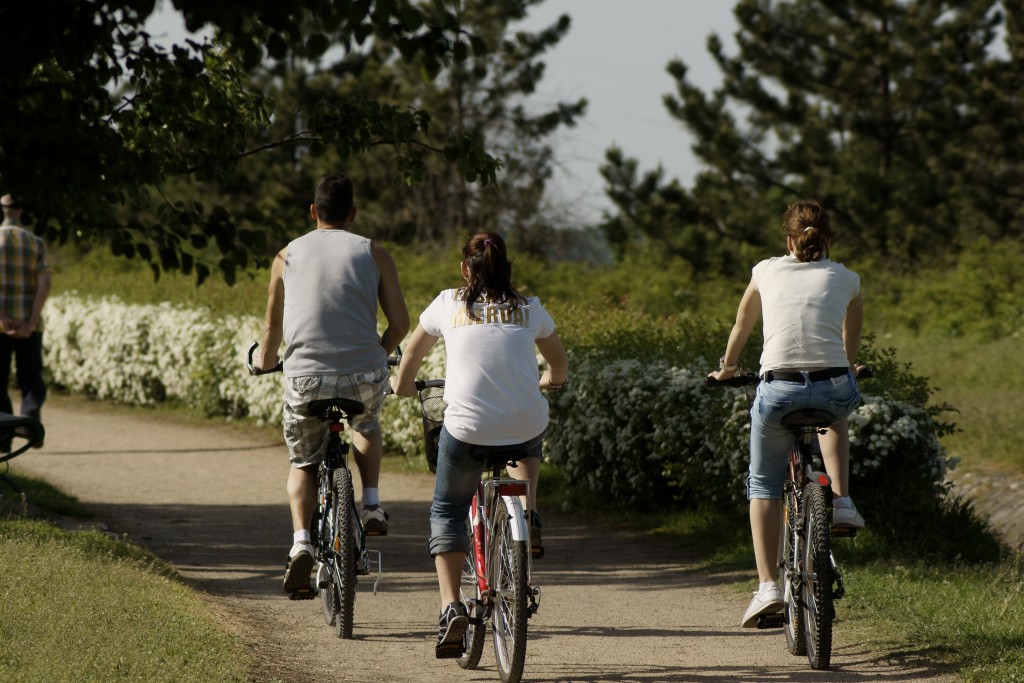 I have been asked which are the best cycling tours in the Midwest that allow for viewing most beautiful scenery. One way to do this is join what is called a rolling tour.

This is available in the northern part of the Midwest throughout Minnesota where lake country rules. See Lake Michigan by riding along the lake to enjoy the view as well as a noted lighthouse and a submarine. See downtown St. Paul by riding on a scenic Minnehaha Park trail.

A great time to do this is during the fall. There is a spectacular small town festival in Lanesboro, a really tiny place that draws in tourists and bicyclists alike to enjoy the beauty of all the changing colors.

Wisconsin also has great biking routes including the Elroy Sparta trail. Of course, to me the most important and enjoyable tour to take on bicycle is of Chicago’s lakefront. Also, go out about one hour west of the city to take a bike trail that is built for sightseeing.

These are the bicycle tours I recommend, but there are so many available in the Midwest, you will want to research them so you can find the one that suits your preferences and riding abilities.

There really is nothing better in life than to grow up in a small town in the United States of America. Small town living teaches you a lot about yourself and how you fit into society in a positive way. That is quite the opposite for folks who grow up in a big city. Small town people are more laid back and now how to relax and enjoy life. Growing up in Oberlin, KS has really taught me to appreciate that small town, country lifestyle. Why don't you come visit and learn why so many people love our small town.